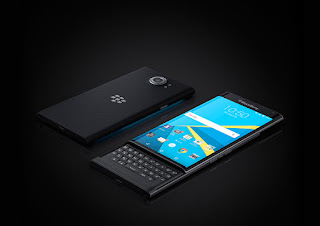 Cut to the chase, BlackBerry Priv is the best BlackBerry Smartphone ever released in the market! A vertical slider powered by Android Lollipop 5.1.1 (slated to release by 1st quarter of 2016) and hopefully get an update of Marshmallow real soon.

This phone is so well designed that having a casing doesn't do justice! Besides, it's not slippery at all and it does give you the grip and good to hold!

It has 32GB internal storage and not only that, you can increase your storage space up to 2TB using their microSD slot which are quite a rare thing now for most popular Android smartphones! It has 3GB of RAM (Memory) allowing you to run more apps smoothly. Running on Snapdragon 808 64bit and has a integrated Adreno 418, 600MHz GPU to run a demanding Android gaming fluently.

One of the most talk about topics when comes to getting a new phone is their battery life, what you get from BlackBerry Priv is 3410mAh non removable Lithium Ion battery which makes it secure and not drop out when you drop the phone, hence disconnected and power off. I believe I did share the benefit of having non-removable and because of it, I was able to recover my previous phone HTC Butterfly S which I drop it off from my car top, drove a distance to realize my phone not with me, using my friend's phone to track the exact location of my phone to retrieve it back! That's my story! Anyway, with the affordable big capacity power banks, it's not really necessary to swap battery. Sadly, wireless charging is only available in United States but at least it has quick charging which is mandatory for all smartphones. During my 2 weeks of usage, on average, it will last me 12 hours or at best 14 hours. Heard it can give you more, so it does depends on your daily activities. But then again, quick charging is available for this baby!

I have to say this, I enjoyed watching video and viewing pictures on this sharp and quality panel, 5.4" AMOLED curved edge screen on both sides, which comes with front facing speaker which sits at the bottom of the phone below its qwerty keyboard. I said it before and I said it again. Front facing speaker should be mandatory instead of rear facing or side facing. Have you ever seen someone in the train or walking in the streets cuping their phone in such a way they can hear the video or audio clearly? Front facing would have solved the problem. Since my first HTC phone, Butterfly S, I enjoyed watching video and even listening to music more than ever before through a mobile device. Although I would have prefer it to be 2 sided and it would have been awesome. If you still use phone to talk a lot, you will find it pleasant to hear "the other side" voice, sounded abit bassy yet sharp.

It actually pretty close to stock Android and doesn't contain some useless bloatwares in like other brands. It is preloaded with BlackBerry enhancement and added features thrown in. If you enjoy using BlackBerry 10 OS, you will find it familiar even when using this Android powered BlackBerry Priv. Yet I believe there are some fixes and further improvement to bring it closer to BB 10 OS, like the BlackBerry Hub, you read the messages in WhatsApp app but still show unread in its hub. Pinch to show unread messages and emails are not available, although you can toggle that but selecting unread tab. You can swipe up from the bottom to not only get Google Now but swipe left to use BlackBerry Search or swipe right to load BlackBerry Hub. For those of you who are unfamiliar with BlackBerry Hub, you can call it unified messaging where all your email accounts, whatsapp, SMS, notification etc show up in one single location. It may sound overwhelming but you can find it useful, without the need to really open up the email app to see your emails etc. 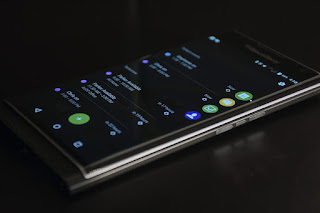 BlackBerry Priv has a special feature built in called Pop-Up widgets which lets you swipe up from a particular icons on the home screen to just show their widget, although you can get this featured installed from third party Android launchers but well, BlackBerry built in with it. As for the multitasking tray, it show different apps in different sizes which is kind of cool. You can double tap to wake the phone instead of pressing the power button on the left. Unfortunately, you cannot double tap to sleep which my LG G4 allows that. Hopefully, future updates can add that up. Also, by default,  the Productivity Edge features takes advantage of the dual curve design by letting you take a peek at your notifications, messages, calendar and so on - with a simple swipe. You can set it up  to work on either side of the screen (right, or left). One of the exciting feature I like, on the right curved edge of the display, it show a charging bar when the BlackBerry Priv is plugged in.

Qwerty keyboard is not as desirable as how it use to be for BlackBerry. Since many of us already gotten use to virtual keyboard, moreover Priv's ain't as space out as how BlackBerry Bold 9900 is which is understandable due to the design of its hardware. In fact, if there's any reason why I would pay for Priv would be their very own BlackBerry virtual keyboard. I always find myself loving Z10 or even better Z30 virtual keyboard. Even of late, I got hold of its virtual keyboard on my LG G4 from a forum. Having said that, I want to add that its keyboard act as trackpad as well, scrolling up and down without touching the screen but swiping up and down on the keyboard itself, much like the BlackBerry Passport.

Wireless at certain point in time it will be useless. It will show the available network but not able to connect. Toggle off and on doesn't seems to solve the problem. So I have to reboot to get it work again. Although intense gaming seems smooth but occasionally, you do feel that the phone overall is not as smooth as it ought to be. Sadly it can get pretty hot when I use the phone extensively or when it boot up. Initially when I set up this phone, considering the amount synchronization need to be done, I thought well maybe it's just normal for most phones.

One feature that I particularly like is the ability to set how long I want the phone to go silent or DND like one hour or two? Or switch back to normal after the alarm set. In a way the chances of me overslept is lower. Cause I will usually get notification from either emails or other instant messaging apps.

Most people already commented that the front facing camera is mediocre when you compare with my current LG G4, I have to agree. Result is not acceptable when there are so many better front facing camera in the market. Considering BlackBerry just released this model. If it is released 1 or 2  years ago, maybe most people would have pass it. Yet, rear camera 18 megapixel auto-focus camera which comes with Optical Image Stabilization produces decent pictures which match up with even iPhone 6S.

Well, at the end of the day, I personally feel that BlackBerry Priv is perfect for those who regards messaging a priority and productivity. Occasionally you can play high demanding games during your train ride or tea break, it will work well! Premium design and one that stands out from the rest of the smartphones you ever seen! One thing about me is I dislike using phone that everybody is using kind of guy, weird it seems! 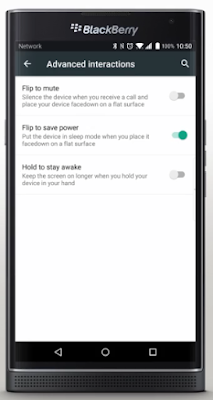 If you do bother about security about your Android phone, read more about it here:
http://blogs.blackberry.com/2015/10/priv-is-for-private-how-blackberry-secures-the-android-platform/
Posted by Unknown at 10:31 PM No comments: Links to this post