With BlackBerry Z10 released for a month here in Singapore and BlackBerry Q10 becoming available for pre-order in Canada for actual release in end April 30th, wondering when it will come to Singapore which I think those who are BlackBerry hardcore qwerty keyboard fans awaits for its arrival. From what I had gathered, it should be release in June or latest July.

Check out how it looks and its specifications: 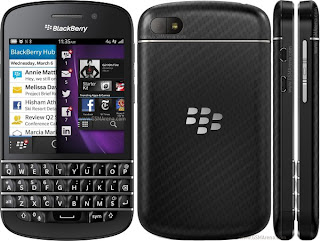 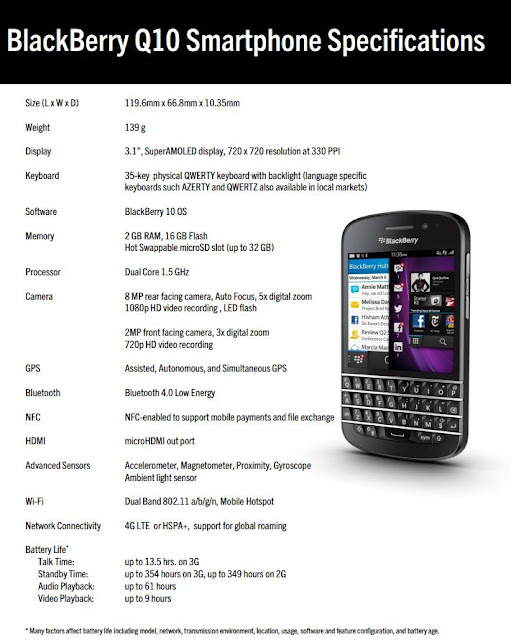 Obviously, it look pretty close to BlackBerry 9900 but without the the buttons & optical sensor which sits above the qwerty keyboard. One of the main reason why Q10 is better than Z10 is the battery life, other than its smaller screen which uses lesser power, it also spotted with bigger capacity of 2100mAH whereas Z10 only 1800mAH.

Based on my read up, there are 3 main features that I find worth sharing here:

Type N Go takes the Universal Search feature to the next level by allowing users to directly access BlackBerry®10 functionality using the physical keyboard. For example, say you want to send a quick BBM®message to your friend Peter. Press the spacebar on the keyboard to initiate the Search function. After the Search screen appears, type BBM and then the friend’s name, in this case, Peter. Under the Actions section,simply tap the contact you want to send the message to.

Customers may raise an issue that the typed command is missing the first letter, for example,“BM” instead of “BBM”.

Tip: Have the customer press the spacebar to initiate the Search function and then type the required command.

Word Prediction on the BlackBerry® Q10 smartphone functions in a similar way to the virtual keyboard on the BlackBerry®Z10 smartphone. Instead of the predicted words appearing on the keyboard, three predicted words will appear on the screen just above the physical keyboard. The user can tap the words as they appear while typing them on keyboard.
If customers encounter issues with Word Prediction, consider the following points:

Keyboard and application shortcuts
The following table shows the keyboard equivalents of actions that can be taken in the BlackBerry®10 user interface. These are used in the English locale and may be different for other localized versions.